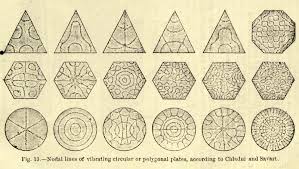 The next few months i will do a little project, working with sound transducers and resonating objects.

I was inspired by some research about chladni figures and my interest in wave structures and geometric patterns. On this site you will find some background information and intersting things i found in the web. Also you will find updates about my personal work. At the moment i think that the result will be either a video project, filming resonating structures, or a more installation like artwork.

a good video of a working plate! 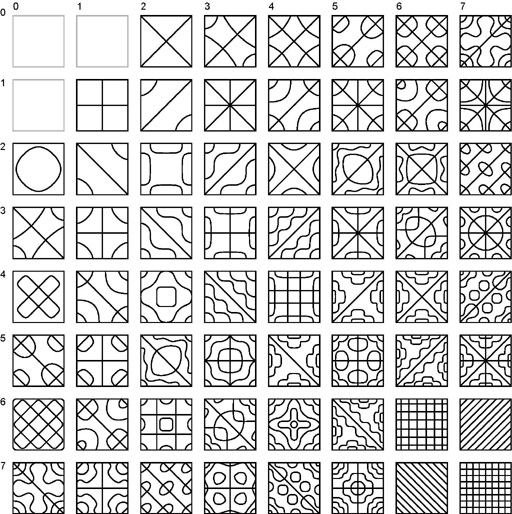 „Chladni figures for a square steel plate (adapted from Waller, 1961) demonstrate the fantastic variety of standing-wave patterns that can arise from a simple resonating system. A square steel plate is clamped at its midpoint and sprinkled with sand. It is then set into vibration either by bowing with a violin bow, or by pressing dry ice against it. The resultant standing-wave patterns are revealed by the sand, which collects at the nodes of the oscillation where the vibration is minimal.“ – Source 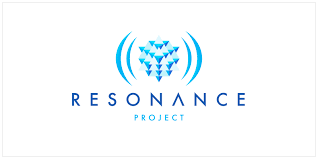 A interesting science project about space, matter and geometric structures in the universe. I really don´t know what to think about it, because they present themselves kind of esoteric.. but maybe it is.

I orderd some transducers from this site.. they can be operated like a loudspeaker! You need an amp, signal and some cables..

if you are interested in the more commercial applications of those things than take a look at http://www.thebuttkicker.com/

Today i went to the so called „Bauhaus“ and the transducers arrived. I bought a thin plate and some foils to start with.. Also speaker cables and screws.. The small transducer can be mounted directly to plates and flat objects! The bigger one is waterproof and has a M5 socket.  I would like to use it to get optical swinging effects with the foils! 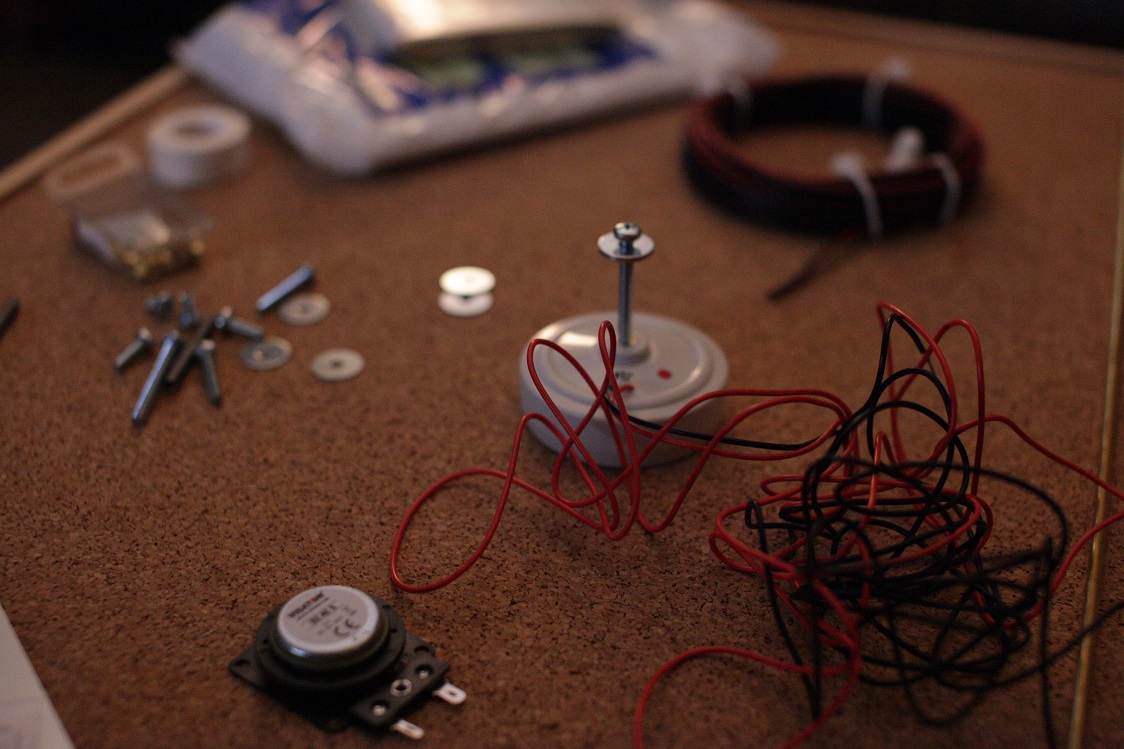 Next step is to find a good power support. My audio amps are way to strong for those small drivers! The small one requires about 10W and the bigger one about 30W. Although i will use the amplifiers i have, until i find something small and simple to put into the setup! 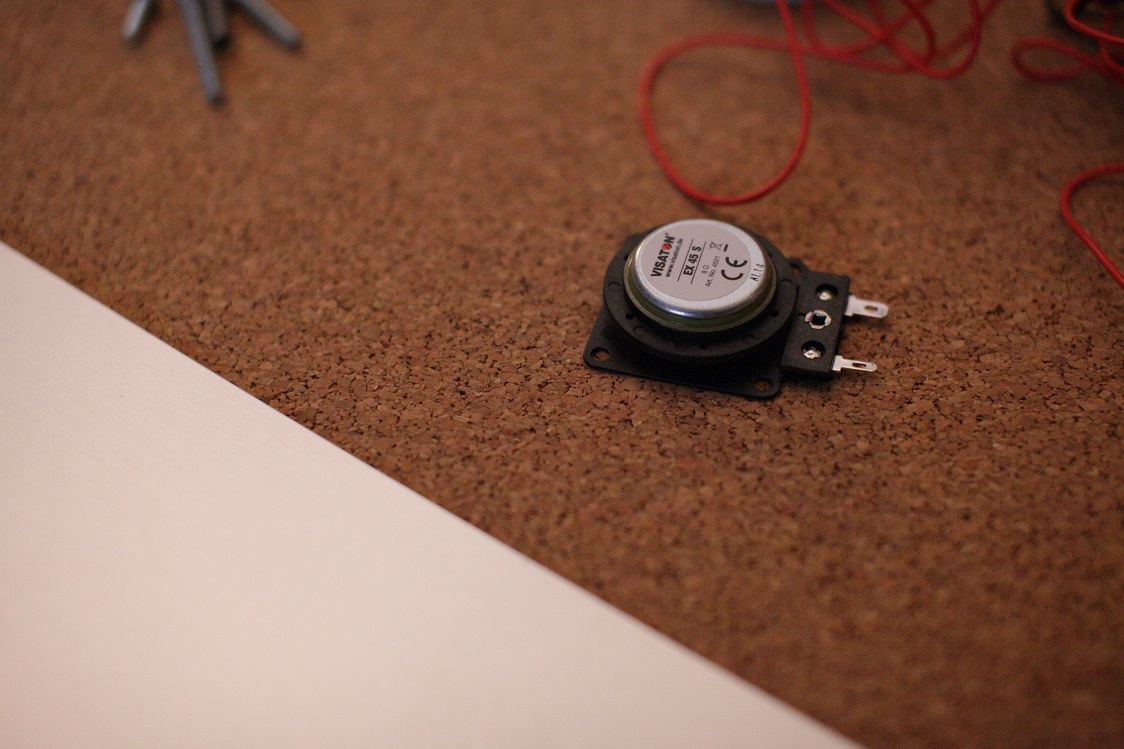 I decided to buy a very thin plastic foil, used when painting a room, to get startet with playing around. And i found those foils out of first aid kits, very shiney… maybe light and vibration could also be of interest here. 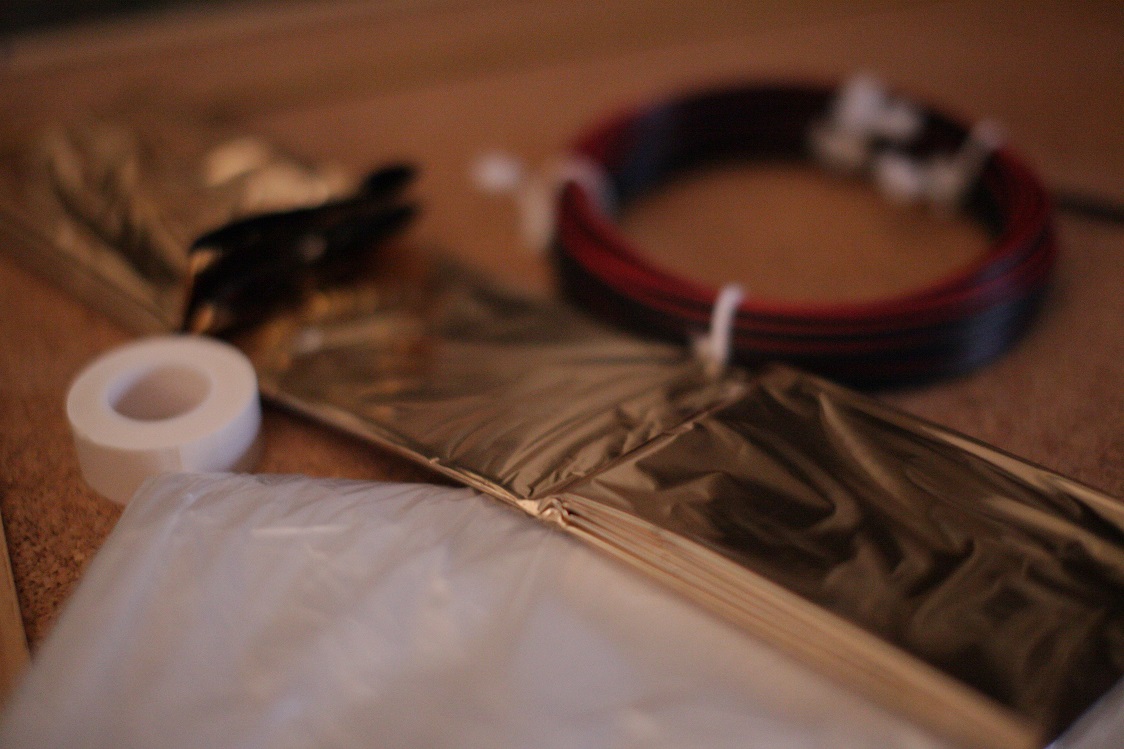 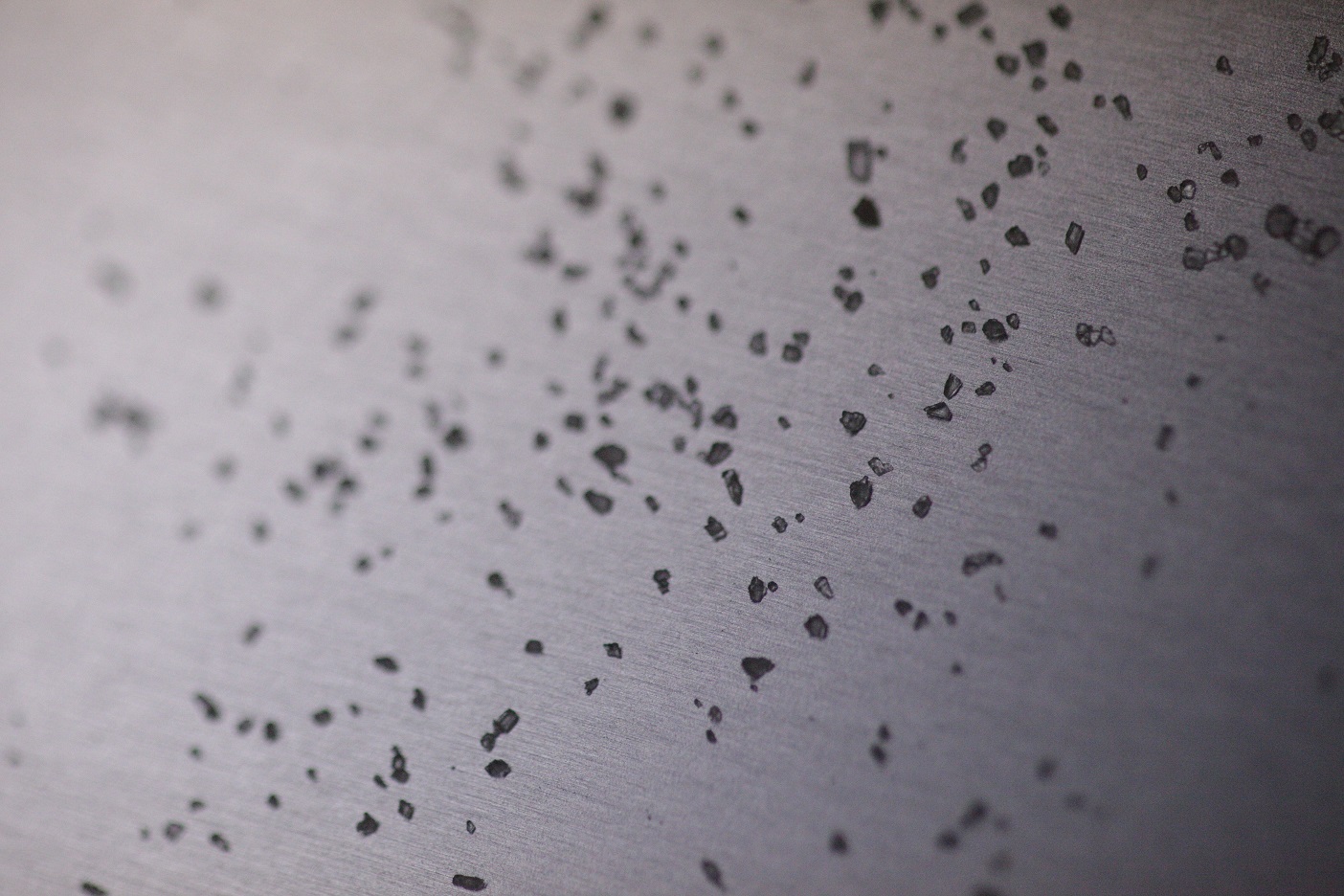 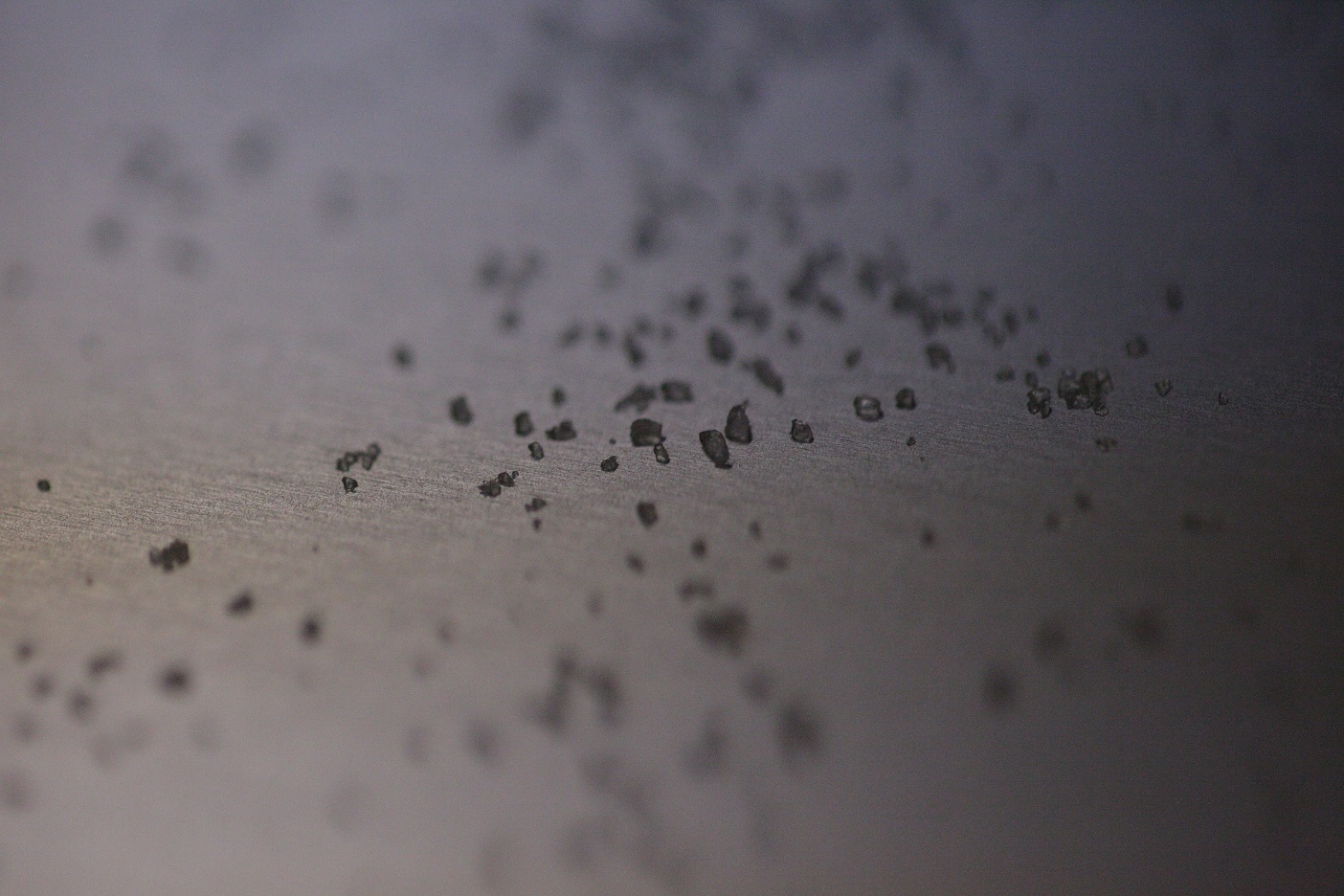 I also tried some small mirrors. Although they are to heavy for my small transducers, there are some frequencies where the sand starts moving! As a functional chladni plate i would not recommend them. But the pictures get a new look that i like very much! 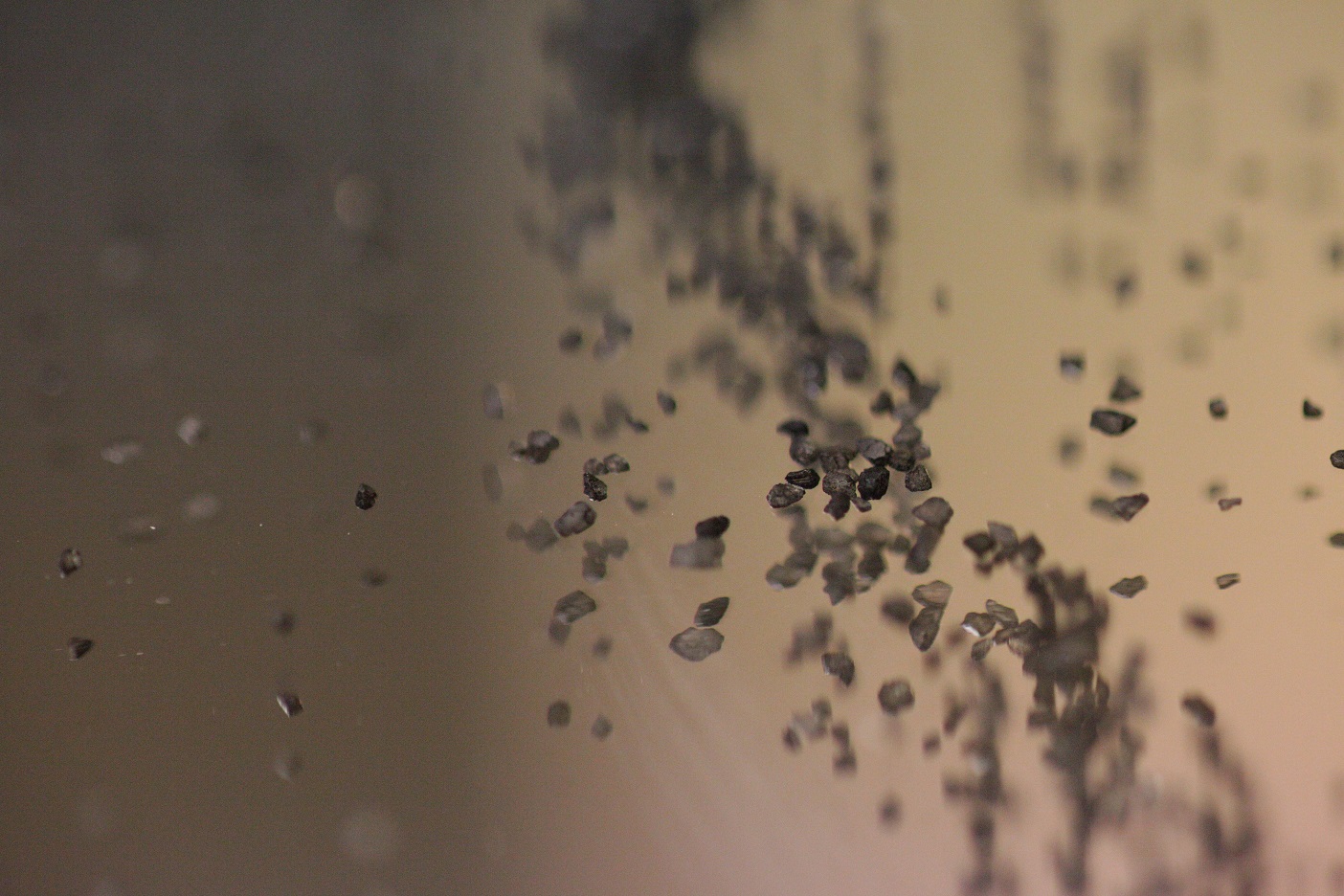 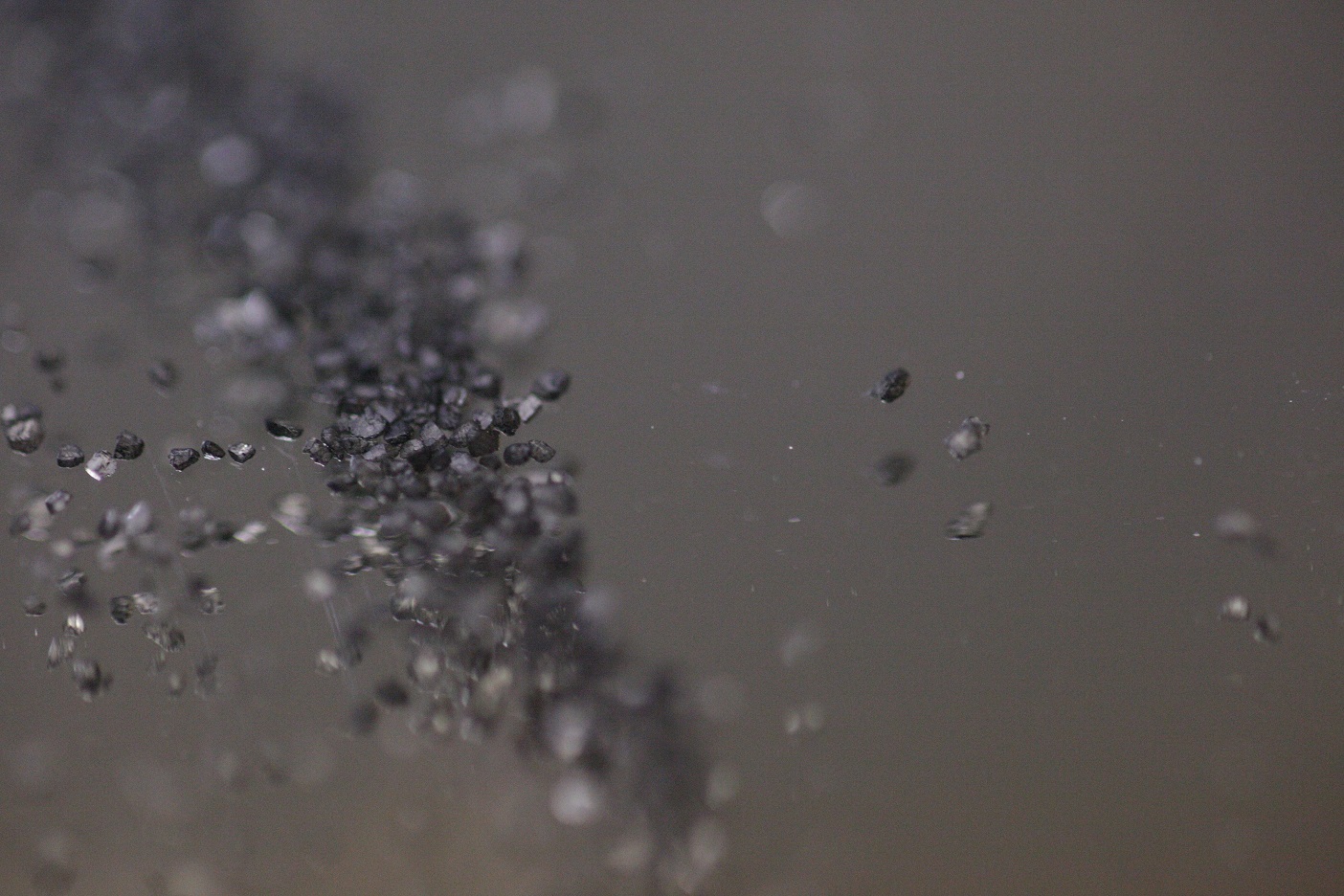 I also did a small video of black sand moving on the aluminium plate! It is a little bit shaky because i can not find my tripod baseplate… But you can get a feeling for the organic movement the „particles“ are performing on the plate.

Next week i try to build a plate that can produce and reproduce up to 5 or 6 patterns… Also i will buy another transducer that operates with sub frequencies. I want to try out if i can get visible effects when resonating a thin foil with low frequencies.

Also i am looking around for small audio amplifiers that would fit under one small plate! 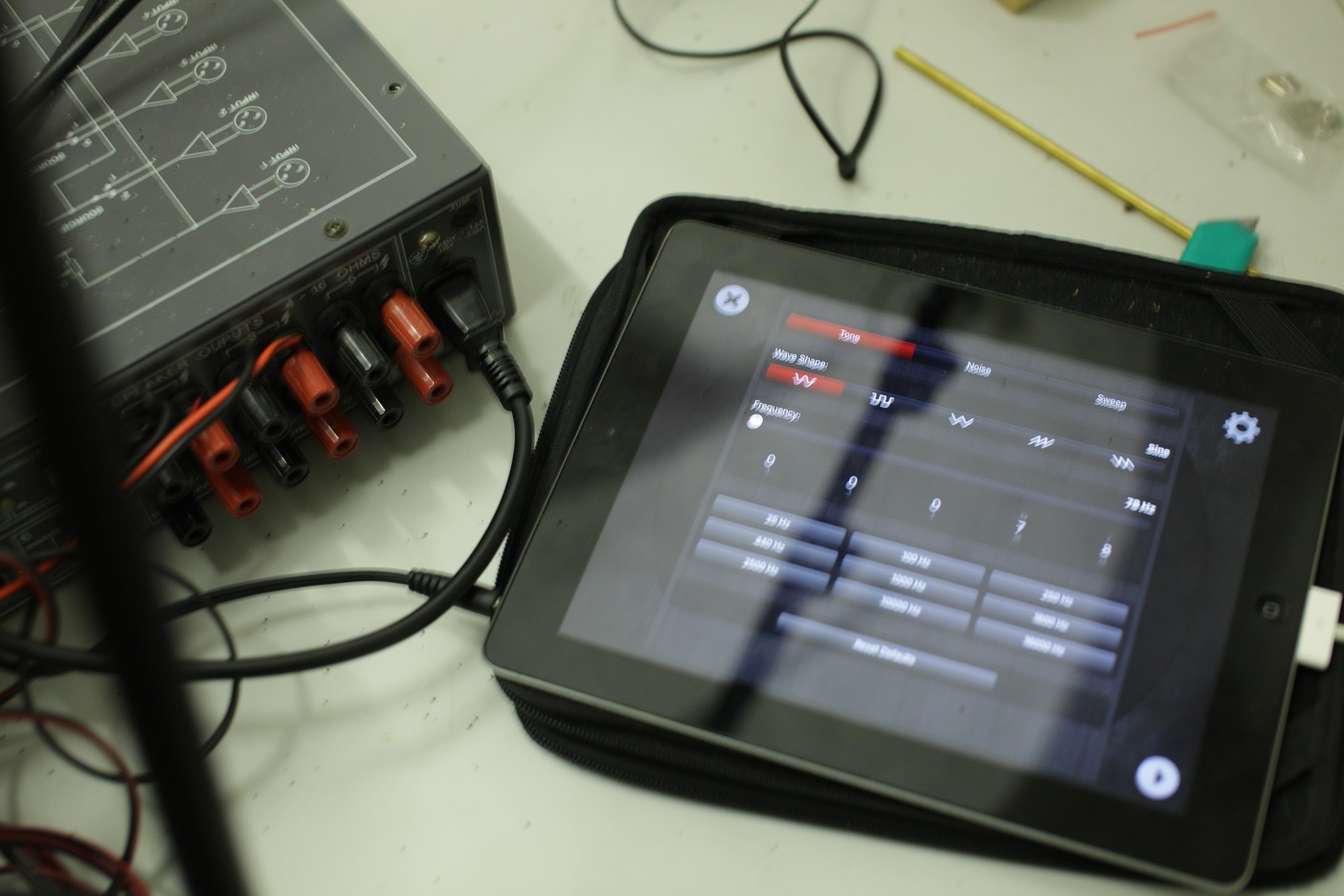 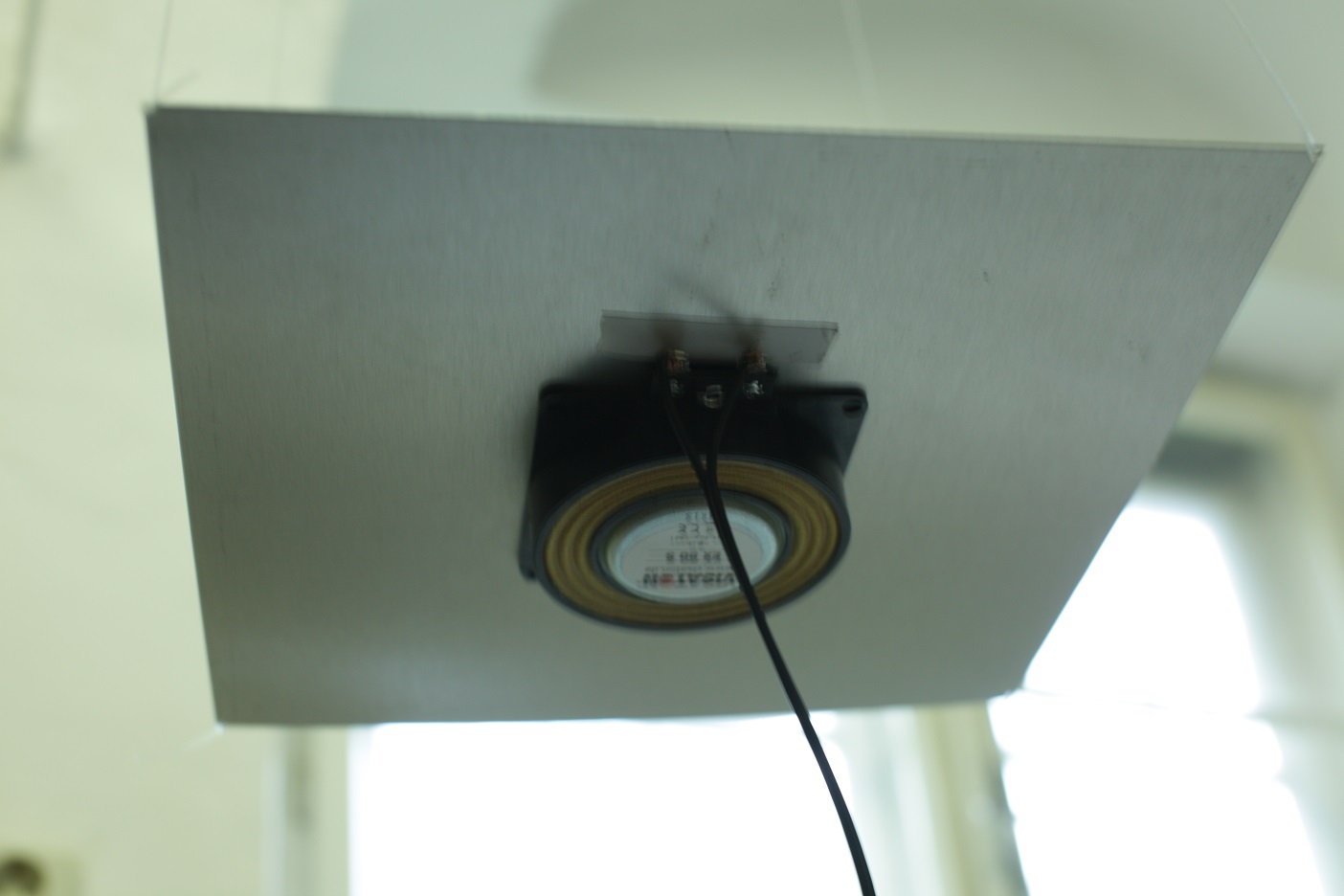 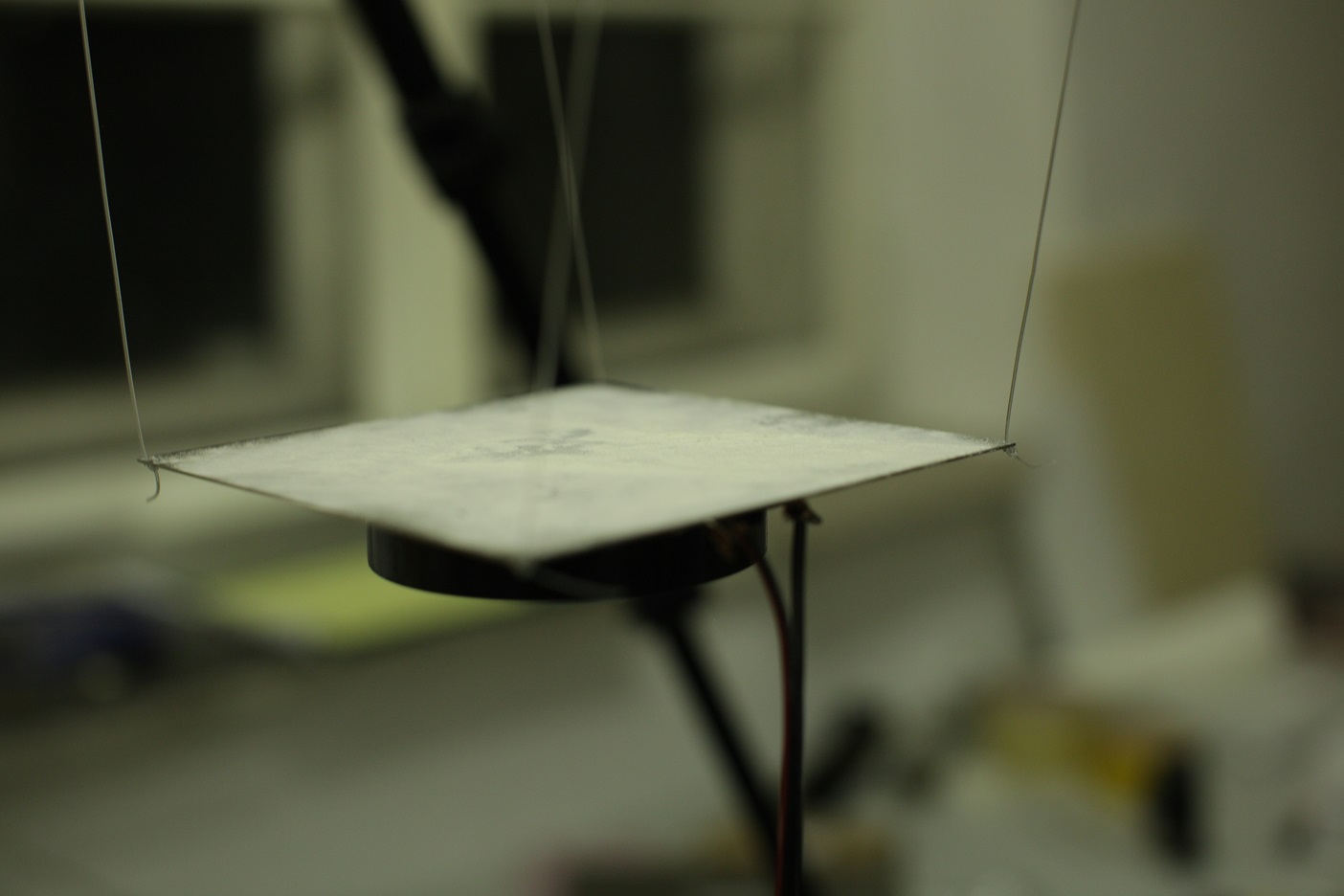 With new materials and experiments i am working on a functional design that can be replicated and reproduced… At the moment the plates are mounted on 4 thin ropes, because i like the idea of a „hanging“ installation. But the whole system is very sensible and small changes often lead to very different patterns!  At the moment i think that hanging plates are good looking for an installation based artwork but the patterns look better with a ground mounted design…

I made a little „Animation“ of how a multi plate installation could look like… quality is very low but this takes hours to render!

I will also upload the hq video of a single plate, because it is way more exciting! This is a simple plan i made for a possible installation… 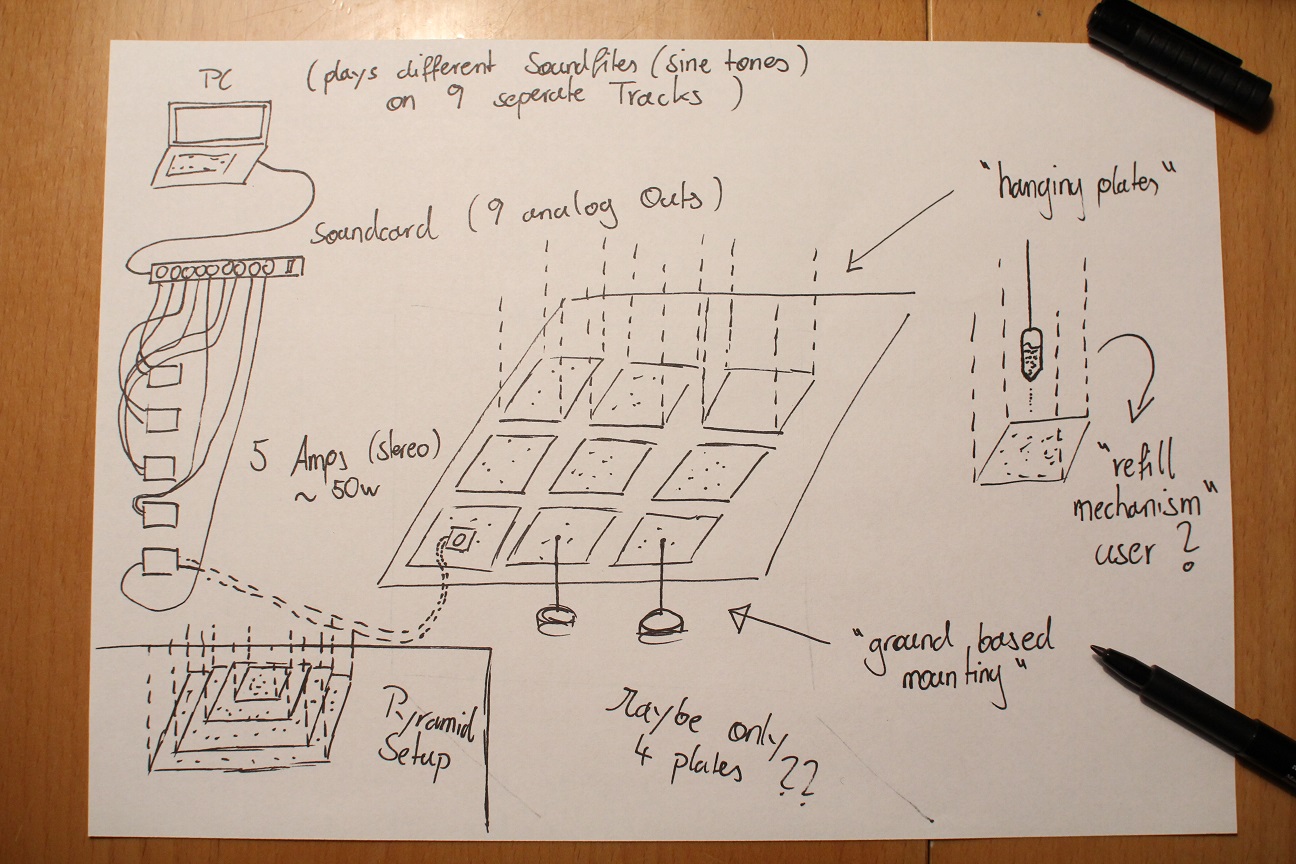 Video of a single small plate!

The aluminium plate produces very abstract forms. This may come from the material itself and the hanging construction. The ability to shake the sand of the plate with low frequencies is definitely a feature of this version!

In this video you can see a model with a ground and central mounted steel plate which produces very concrete and geometric forms!